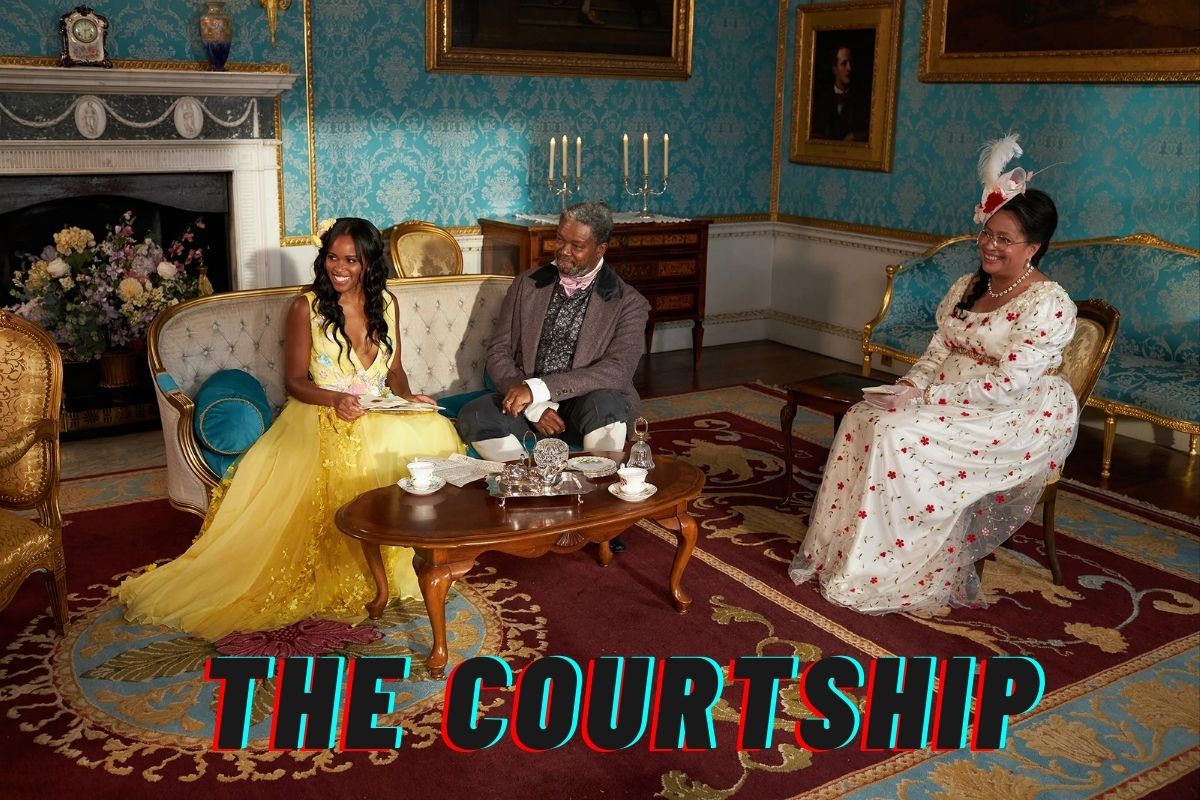 Are you sick of reality dating shows with roses and pods? The Courtship, on the other hand, is going old school, a la Pride and Prejudice (or Bridgerton, if you prefer).

The Courtship is a new NBC reality dating show that will premiere in the fall (on Peacock via Sky TV for U.K. viewers). The new series, which was previously known as Pride & Prejudice: An Experiment in Romance, aims to bring to reality Jane Austen’s aspirations of classical romantic pursuit.

Here’s all you need to know about The Courtship, from when you can watch it to who the heroine and her suitors are.

On Sunday, March 6, at 8 p.m. ET/PT, NBC will premiere The Courtship. It will stay in that time slot for the duration of its inaugural season (no details on how many episodes there are going to be).
The reality dating show will subsequently be available for Peacock subscribers in the United States to stream the next day (Monday). On Mondays, it will be broadcast on Peacock on Sky TV in the United Kingdom.

The Courtship’s goal is to establish a Regency-era romance complete with a castle setting and the necessity to win over not only the heroine but also her “court” (aka family and friends).

The show will follow a modern woman who is fed up with modern dating. In the hopes of finding love, she is transported back to Regency-era England. A group of 16 suitable suitors must compete for her love in a majestic 19th-century castle located among the rolling hills of the English countryside. However, the heroine is not the only one who has a say. Her “court” arranges dates for her and assists her in determining which suitors are worthy of her affection.

Nicole Remy, a 26-year-old software engineer from Seattle, will play the leading lady in The Courtship. Nicole explored a new career and studied coding at the outset of the pandemic, according to NBC’s description, which finally allowed her to join a software business. She also spent two years as a member of the Seattle Seahawks cheerleading squad, the Sea Gals. She enjoys fitness, nature, travel, and reading, and she is committed to environmental stewardship and mindfulness.

Nicole will be represented by her mother, Dr. Claire Spain-Remy; her father, Claude Remy; her sister, Danie; and a friend, Tessa Cleary.

Here is the complete list of The Courtship’s 16 suitors:

See who’s who on The Courtship: Season 1 in the photos below.

Just though they’re attempting to recreate Regency courting methods doesn’t mean the drama that fans of reality dating shows have come to expect will not be there, as evidenced by the trailer for The Courtship, which you can watch right here.

How to watch ‘The Courtship’

The Courtship, which will air on NBC, will be readily available to U.S. viewers who have either a regular cable/satellite pay-TV service or a TV antenna capable of receiving the local NBC station signal in their TV market. NBC is available on popular streaming services such as FuboTV, Hulu with Live TV, Sling TV, and YouTube TV, as well as live TV streaming services.

Subscribers to traditional pay-TV or live TV streaming can also watch the show the next day on NBC.com using their login credentials.

Read More: Yuki Yuna Is A Hero Season 3: Everything We Know So Far!