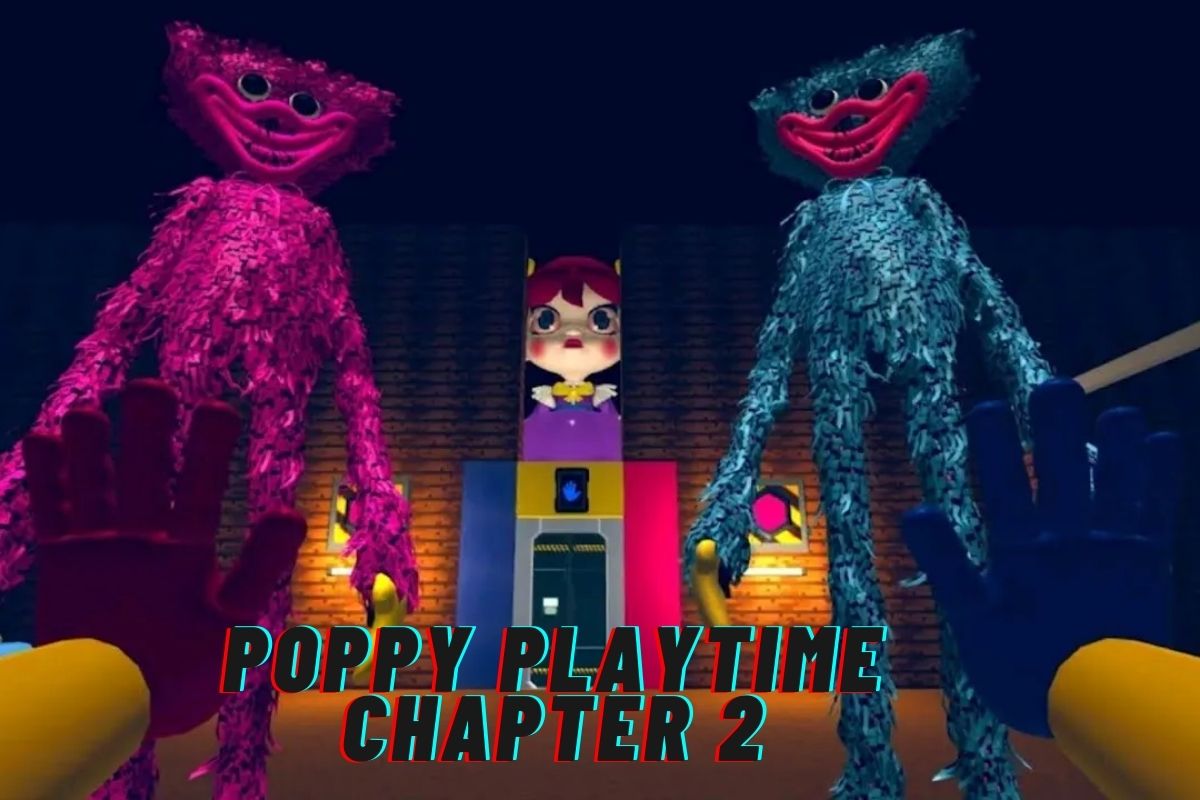 Poppy Playtime is a horror survival game. MOB Games created and published the video game. The first chapter of Poppy Playtime was released on Steam for Microsoft on October 12, 2021.

Isaac Christopherson directed it, Zach Belanger produced it, Dana Willoughby designed it, Achebe Spencer coded it, and Zachary Preciado composed it. This single-player game was so popular that a sequel, Poppy Playtime: Chapter 2, is in the works.

The player receives an anonymous letter in the opening chapter of Poppy Playtime, requesting their return to the workplace. The gamer is then given the responsibility of locating the firm employee with the image of a poppy.

Following that, the player is instantly placed inside the abandoned factory, where they have access to GrabPack and VHS tape storage. The player then moves on to the factory’s main wing, where a gigantic statue of Huggy Wuggy is erected.
If the GrabPack is placed on the sensor, the power will be depleted, and the player will be given the task of obtaining a key to unlock the entrance to the power chamber in order to get access to the power chapter. In addition, the player must use the GrabPack to connect wires in another room, which switches on the power and line. Huggy will have moved to a new location by the time the player has completed these objectives.

After then, the player must locate four power cells in the warehouse and obtain the second-hand GrabPack. Poppy Playtime, Chapter 1 has similar chores. Poppy’s eyes are awakened towards the end of the first chapter, as evidenced by a bright flicker.

The Poppy Playtime: Chapter 2 trailer debuted recently, giving fans a sneak peek at the cinematics and gameplay. A character was pulled away in a horrible manner by an enormous pink arm in the trailer’s cinematic focus.
The trailer’s gameplay centred on puzzles that players must solve in order to progress. In addition, the trailer for Poppy Playtime: Chapter 2 revealed new mechanics. The number of terror components in the game appears to be twice as high as in the first chapter.

Unfortunately, the trailer did not reveal the game’s release date. However, the audience was given a website to check for announcements connected to the second chapter of Poppy Playtime.

Microsoft Windows is required to play the game. Unreal Engine 4 powers the game. The game is now being ported to mobile devices.

Because of its exposure on Twitch and YouTube, Poppy Playtime became incredibly famous. Even though Poppy Playtime was first well-received, the game’s developers encountered outrage when they released non-fungible tokens. The announcement was quickly removed after the outcry.
The game was not only a hit online, but it also had an impact on the actual world. In schools, for example, pupils began to dress up like Huggy Wuggy. Many children had a great time recreating the game. The upcoming chapters of Poppy Playtime are scheduled to be accessible in downloaded format.