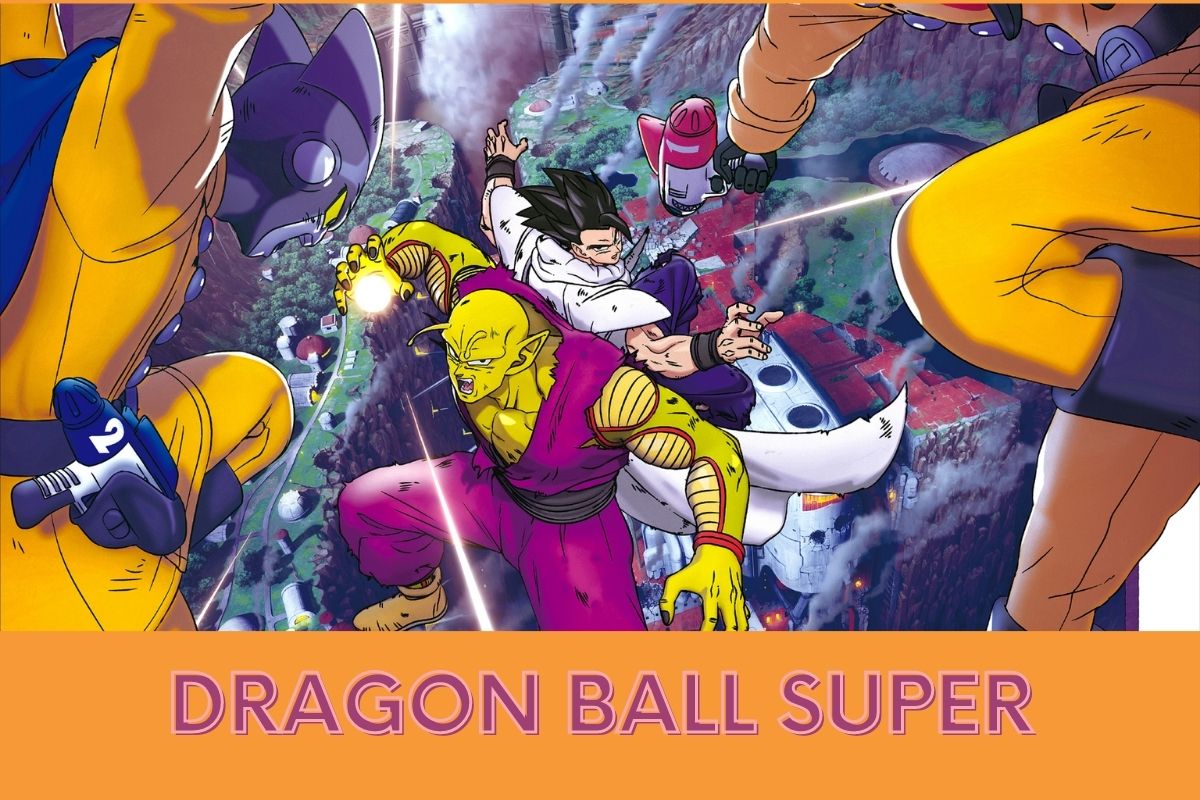 Dragon Ball’s animated series and feature films continue to be a hit with fans around the world. Toei Animation’s anime series ended in 2018 when Goku achieved Ultra Instinct Form, however, the film Dragon Ball Super: Broly, which was released in December 2018, continued the series’ legacy.

A 2022 release date for the film has already been added to My Anime List’s database.

Toei Animation released a 50-second trailer at the Jump Festa event that ran from December 18th to the 20th. The upcoming Dragon Ball Super: Super Hero movie was teased, as was to be expected. There’s a good chance that this film will take place after the events of Dragon Ball Super Broly, which premieres on April 22, 2022, in Japanese theatres. The trailer has piqued our interest in the film’s plot, about which we know very little.

In the present Dragon Ball Super Universe, there is an anime that has been running for one season and a well-known film, Dragon Ball Super: Broly. A 131-episode run spanning three years and ending at the Universal Survival Arc marked Season 1. It’s only natural that the manga has progressed farther and is now at the Arc of Granolah the Savior.

The series creator, Akira Toriyama, is collaborating closely with the upcoming film’s production, which will be the first Dragon Ball film since 2018’s release. It has been made clear by Toriyama that this would be an original story, not a rehash of any of the manga’s existing storylines. A new character may also be in the works, but it’s not yet clear what it is.

To add to the already high bar, the film is said to be unlike any other Dragon Ball film to date. The Dragon Ball Super panel at Comic-Con 2021 in New York in 2021 got a lot of little details about the movie’s release. It will take place after the events of Broly but before the 24th Budokai Tenkaichi arc of Dragon Ball Z., The film will have a prominent role for Piccolo, who was only an accident!
Regular updates can be found on the official Dragon Ball Super: Super Hero website. The Japanese release date for the film has been set for 2022, however, the overseas release dates have not yet been set.

Toei Animation announced a new Dragon Ball Super movie over three years after the premiere of Dragon Ball Super: Broly. As of today, the release date has been set, however, it will only be available in Japan. At a Dragon Ball Battle Hour event in mid-February, the date was made public. On Friday, April 22, the film will open in Japanese cinemas for the first time. There is still no word on a global release date!

On March 11th, less than a month before the film’s scheduled release, the soundtrack’s composer took to Twitter to offer the newest movie news. Naoki Sato, the composer of the Super Hero soundtrack, informed the public that he had completed the project.

Masako Nozawa, who has been the voice of Goku since the very beginning of the Dragon Ball series, will be returning to portray the character in Dragon Ball Super: Super Hero. The film is also expected to have appearances by the remainder of the major cast:

Pan, Karin, and Dende will also be appearing in the film with possibly the same voice actors as their previous appearances but they are yet to be confirmed.

Just in time for Jump Festa 2022, a new visual was unveiled. The movie’s trailer debuted at New York Comic-Con earlier this month. Many people were disappointed by the trailer’s standard CGI-heavy aesthetic approach. Gohan was not included in the trailer, implying that he had no significant role in the film.

Tipping services, on the other hand, had a quite different take. Gohan, according to them, would have a larger-than-life role in the series. Toei may be waiting for the appropriate time to reveal the truth.

Their concerns have been addressed in the updated PV, which was made public just now. In their hallmark moves, each character is depicted in this image. You may see Gohan in the Masenko position, Vegeta wielding the Gallick Gun, and Goku and Piccolo delivering the Kamehameha and Makankosappo, respectively, if you look closely at the poster’s design elements.

On December 18, more details about the next Dragon Ball event will be made available to fans. In addition to the movie, we’re also anticipating another announcement. Director Akira Toriyama has revealed his new project:

“After Dragon Ball Super: Broly, a new movie will be released! In the same way as the previous picture, I’m extensively involved in the development of the script and dialogue. I don’t want to give too much away about the plot, but I can tell you that there will be a lot of action, and it may involve a character you’ve never seen before. In terms of visual aesthetics, we’ll be pioneering new terrain to provide the audience an unforgettable experience, so I hope everyone is eagerly awaiting the next film!”

The Z Warriors’ next adventure will take the form of a light book, similar to the previous feature film in the series, Dragon Ball Super: Broly. Masatoshi Kusakabe, a well-known author of Naruto and Death Note novels, will also write this novel.

The release will only be available in Japan for the time being. Three days following the movie’s theatrical release, the Dragon Ball Super: Super Hero Light novel adaptation will be released. Although no new information has been provided, we can only hope that pivotal events in the story will be explored in greater depth.

Fans are ecstatic about Dragon Ball Super’s impending comeback! Keep an eye out for new episodes of your favorite series, such as Dragon Ball Super: Super Hero. Make sure to check out the greatest anime releases for Fall 2021 and tell us what you plan to watch!

‘Ginny and Georgia’ Season 2 Netflix: Everything We Know So Far(Latest news)